The Mission of ArtSouth is to inspire understanding and appreciation of the arts for historically underrepresented communities by providing inclusive cultural access to exhibitions, performances and educational programs.

ArtSouth is the second remarkable enterprise of founders Ellie Schneiderman and the late I. Stainley Levine who are credited with founding the South Florida Art Center on Lincoln Road.

ArtSouth opened its doors to the public with a core group of under 10 artists. Since 2000, ArtSouth has impacted thousands of families and generated vitality into struggling Miami Dade County neighborhoods lacking cultural resources by supplying award-winning arts programming, educational opportunities and community-based cultural enrichment activities. In 2013, ArtSouth moved from Homestead to a central location in South Miami where we impact additional residents who benefit from our celebrated educational programs, lecture series, festivals, exhibitions, performances, concerts, drumming circles, painting parties and our monthly open house.

For the past 20 years, we have worked with community partners:

ArtSouth's youth educational programs have been the recipient of numerous awards, honors and grants. ArtSouth's award-winning artists-as-teachers embody a plethora of skills, talents and expertise. In addition to providing superior training for ArtSouth's educational programs, their work is considered cutting edge with exhibitions and performances receiving critical acclaim. Since its inception, ArtSouth has evolved significantly as a landmark arts center in culturally under-served Miami Dade County neighborhoods. 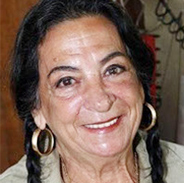 The late I. Stanley Levine was a prominent patron of the performing arts for many years. He aided in bringing the Miami City Ballet to fruition, has served on the Miami Preservation League and was involved in countless art-related organizations locally and nationwide. A clay artist for over 40 years, the late Ellie Schneiderman first made her appearance in the art scene in the late 1970's with the Grove House in Coconut Grove. From there, she founded the South Florida Art Center on Lincoln Road in Miami Beach, inspiring a total revitalization of the area now known as a hotspot for arts, entertainment and shopping. Schneiderman stayed on with South Florida Art Center for 10 years before moving on to open Miami Art Works in Coconut Grove and then ArtSouth in Homestead.
Load More...Follow on Instagram


A special thank you to our generous sponsors